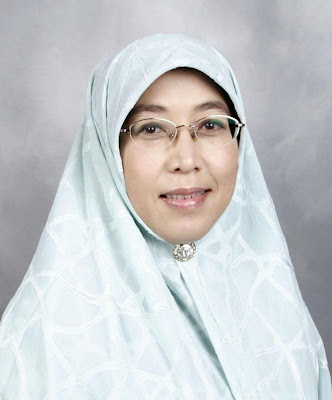 SHAH ALAM, Aug 14 — A government pathologist today told the coroner's court that 30-year-old father-to-be Teoh Beng Hock, who was scheduled to marry his sweetheart the day he was found dead, had most likely committed suicide by jumping out of a window from the 14th floor of the Malaysian Anti-Corruption Commission (MACC) office here.

Dr Khairul Aznam Ibrahim, a senior medical forensic expert at Hospital Tengku Ampuan Rahimah (HTAR) in Klang who had carried out the autopsy on Teoh, had been asked to carefully consider the many possible causes of a death from a fall by the lead lawyer from the Attorney General's Chambers, Tan Hock Chuan, before giving his expert opinion.

Earlier, he had given the three most common causes as:

1. homicide: where the victim gets thrown or pushed out of a window from a high place;

2. accidental death: where the victim slips and accidentally plunges down while standing near an open window; and

But in Teoh's case, Dr Khairul said the existing evidence struck out the first theory as there were no clear signs pointing to a struggle before the death, based on the injuries found on the DAP political secretary's body and from the lack of evidence at the window area.

He did not find traces of bloodstains, glass shards or items scattered at the window to point to a struggle.

He especially noted that a pen, which was found in Teoh's shirt when he fell to the ground, would most likely have fallen out if there was a struggle beforehand.

Dr Khairul also dismissed the theory of death by an accidental fall. He explained that a conscious person was unlikely to have slipped and plunged to death while opening the window, even in a sleepy state, because the floor below the window was carpeted.

He added that the injuries sustained would be different too. In Teoh’s case, he said the injuries showed he landed on his feet first, rather than on his head or body.

“In my opinion, the deceased jumped,” he said, after Tan prompted him to give his expert conclusion on the most likely cause of death.

But lawyer Gobind Singh Deo, representing the Teoh family, immediately moved in to punch holes in Dr Khairul's theory that Teoh’s death was a suicide when he took over from Tan.

Gobind: In this case, you said the fall made an impact on the right foot. Now, is that common for a person falling from a high place to land on his feet?

The pathologist's reply triggered an outburst from the lawyer, well-known for his fiery temper.

Pushing on, Gobind asked Dr Khairul to demonstrate how Teoh would have likely climbed out of the window to commit suicide.

The medical forensic expert stood up and performed the action and then moved both his hands behind to his back, mimicking gripping the top edge of the window.

Gobind referred him to his action and asked if he had inspected the window for any prints, whether from the shoes or from the hands, based on what he had just shown the court.

Dr Khairul said he had not. He had done a visual check but had not found any signs of hand prints or shoe prints around the 14th-floor window area.

This sent Gobind into another fit.

“You come to this court and tell us your theories you cannot prove. In fact, you didn't do the basic tests to support, isn't it?

“Actually sir, there were no foot prints, no hand prints because forensics told us so. That means your theory is demolished. It's not a case where he jumped!” the lawyer directed loudly at a visibly tense Dr Khairul, who was later seen wiping his face and neck with a damp handkerchief.

Dr Khairul had agreed that there would have been marks near the window if Teoh had stood there to jump, as he demonstrated earlier, but maintained he found no such marks. [Malaysian Insider] 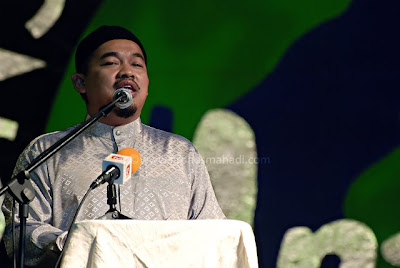 French officials have banned a Muslim woman from swimming in a public pool while wearing a swimsuit that covers her entire body.

The woman had swum in July in the pool in Emerainville, east of Paris, in the "burkini" - a loose-fitting garment resembling a wetsuit with a hood.

But staff stopped her from swimming in August, citing hygiene concerns.

It comes as the government examines ways to limit burka use after the president said they reduced dignity.

France is home to Western Europe's largest population of Muslims, with about 5 million living there.

At the pool, staff "reminded [the woman] of the rules that apply in all (public) swimming pools which forbid swimming while clothed," pool management official Daniel Guillaume was quoted by AFP as saying.

The woman was a French convert to Islam, and had bought the swimsuit in Dubai so that she would not have to uncover herself to go swimming.

"Quite simply, this is segregation," she said, according to Le Parisien newspaper, which identified her only as Carole.

"I will fight to try to change things. And if I see that the battle is lost, I cannot rule out leaving France."

Emerainville Mayor Alain Kelyor said "all this has nothing to do with Islam", adding that the swimsuit was "not an Islamic swimsuit" and that "that type of suit does not exist in the Koran". 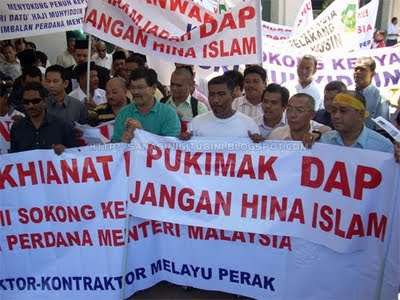