KUALA LUMPUR, July 9 — Tun Dr Mahathir Mohamad reiterated his belief that the government must not be apologetic for its affirmative-action policies to help the Malay community, saying it helped to ensure public security.

“I think affirmative action is relevant. I saw that, for decades, the country has developed more rapidly under the New Economic Policy (NEP) and our performance outpaced other developed nations.

“If this is true then you can look figures of country’s economic performance during the NEP,” the former prime minister said during RTM’s forum on the 10th Malaysia Plan (10MP) at the Putra World Trade Centre last night.

The ex-premier claimed that the NEP has been fair to all the communities.

“We do not have to be apologetic with the Malay agenda. We just want peace and do not want [the] economic gap to cause racial conflict — especially when the rich is from one race and the poor is from another, [then] the risk of riots is higher.

“We just want a bit of the economic cake so that the Bumiputera can catch up. We want fair, and not equitable, distribution. We are only asking for 30 per cent even though we are 60 per cent [of the population],” Dr Mahathir added.

He also stressed that the Malay agenda was not bigoted and that it was important to allow fair economic distribution.

“The Malay agenda is not racist because we want fair distribution. Special attention is needed to be given to the Malay community because they [are] lagging behind in the economy. So if we give equal treatment to the poor and rich, then how will the poor catch up the rich?” he argued.

Dr Mahathir went on to defend the NEP from criticisms that it had failed to increase Malay equity.

“Our economy is bigger than 1971 when the NEP was introduced. So it might be seen that the Malay equity has declined, but in actuality it didn’t because the equity was not able to keep at pace with the rapid development.

“The economic cake expanded but the equity cake didn’t,” said the country’s longest-serving prime minister, who stepped down in October 2003.

According to him, the NEP should not be blamed for the country’s current economic stagnation.

“I found that several years after I resigned, there were changes made that caused our economy to decline. Our economic decline is due to internal problems but the country leadership at that time did [not] understand and couldn’t solve the problem so many foreign investors deemed our country as economically unhealthy,” he added, in apparent reference to his handpicked successor, Tun Abdullah Ahmad Badawi, with whom he had a falling out.

“When BN won small in the last general election, many foreign observers said that the people are bored with racial based political parties. But actually they are not bored but disappointed with the leadership that does understand the people’s problem but only prioritised himself and family. So by default, they voted for the opposition to oust the leadership,” he said.

“I think the 10MP is better than the New Economic Model because it gave attention to the problems affecting the Bumiputera. Many were not satisfied with NEM. The 10MP brings us to the core problem, and that is the distribution of wealth,” he stressed.

He also called on the Malay community to remain united or risk becoming a minority power in the country.

“We must not underestimate the minority because they know how to act simultaneously. In America, the Jews are only 10 million but they can still determine who can be the next president,” he said, picking on his favourite theme of Jewish domination.[Malaysian Insider] 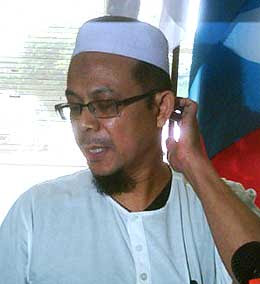 JULY 7 — MCA president Datuk Seri Dr Chua Soi Lek is right to say that the MCA is not ready to face a snap general election.

He also admits that the MCA has yet to fully recover from bruises of the one-and-a-half-year internal conflicts and he needs at least six months to a year to stabilise the party.

The problem is, it is easy to destroy but hard to build. Would six months or a year of time enough to change the situation of the party?

According to Dr Chua, there is still some time before the next general election and the people may change their minds at any time. Over time, they will find that the Pakatan Rakyat is not as perfect as they thought.

Dr Chua seems to lack confidence in himself and, thus, could only hope that the people will be totally disappointed by the Pakatan Rakyat and return to the Barisan Nasional (BN).

His attitude of not trying to reflect and save himself has shown his helplessness over the current political situation.

Voters seem to be indifferent to a series of people-friendly movements of the BN in recent days. The results of a few by-elections have shown that the basic political situation after the March 2008 general election has not been changed much. The changes, if any, would be the return of some Indian and Malay votes to the BN. But at the same time, Chinese votes have been flowing to the Pakatan Rakyat at a very high speed.

Such a trend has even extended to southern peninsula. Johor Baru, which has been regarded as a political bastion of the BN, is no longer a safe zone today.

The Pakatan Rakyat took control of five states after the 2008 general election.

The honeymoon period of the Pakatan Rakyat and the voters is surprisingly long even though the Pakatan Rakyat has carelessly lost control of Perak and has been entangled with infighting, defections and the issue of low quality MPs.

I believe that 90 per cent of those who supported the Pakatan Rakyat in the 2008 general election are still supporting it today.

The Pakatan Rakyat has vowed to go all out to win the next general election and take control of Putrajaya. Its plea to voters to give it a chance to rule the country after 50 years of BN rule is apparently gaining support

Many voters are willing to give it a try as they are fed up of the BN rule and am looking for change.

It cannot be said that the BN has made no contribution to the country at all over the past half of a century, but its long-term governance has also brought about corruption problems, including conspiracy between businessmen and officials, interest transference, abuse of power and racial bias.

Although the BN government has made some policy adjustments and changes, the people have not seen the actual results.

Unless voters are convinced that the BN has had a thorough transformation, those who have dumped the BN will never support it again. — mysinchew.com [Malaysian Insider] 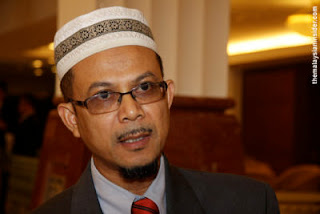