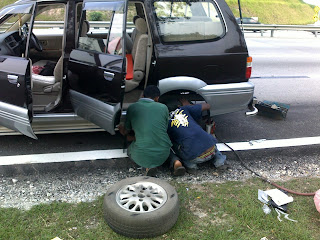 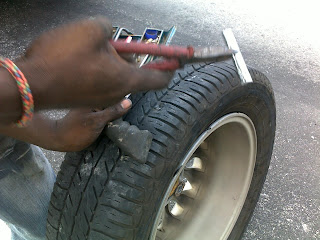 
When I joined the service of university teaching about 30 years ago, I came to the company of a few friends, who, during our discussions about the politics then﻿, would always preach malayness and that UMNO is an institution, solely and the only , for the malays to rely and depend on.
I couldn't care less then about insinuations, which, they would constantly utter about politicians outside UMNO, especially Lim Kit Siang, the DAP supremo. I still remember, they constantly and incessantly labelled him as chauvanist.
well, what is the meaning chauvanist?


When looked up the on-line dictionary it gives me this definition: Prejudiced belief in the superiority of one's own gender, group, or kind
Let me just tell you, that those friends that I made company with then all declared themselves as nasionalis, meaning they subscribe to the ideology of nationalism. To me, other than the tauhid ideology as preached by the Prophet Muhammad s.a.w. are all ajaran sesat, nationalism included.
What made me very sore is, while accusing other people who do not subscribe to BN's ideology as chauvanists, these very people are extremely chauvanistic to the very core. They use a vehicle of mass media to hurl accusations and and insinuations to all those who they dispise. And since they have ammunation no more, they unashamedly turn to extremely senstive and explosive materials to the harmony of this country such as malay rights are being challenged, malays are suppressed in penang, the position of the malay rulers are being questioned, article 153 of the constitution is rediculed and so on and so forth.
As history has taught us, these are the very people who annihilate those malay rights and privileges over these years. I need not elaborate on this.
The only reason for this outburst of racial rhetorics is they are extremely afraid of being pushed out of the throng of political power. A food of nationalism is fear. If they preach fear, then, they believe voters would crowd and crawl to them again.

By labelling opponents as chauvanists, then they think they can drive fear into voters' medulla oblongata.

you preach malay chauvanism
Posted by Hamirdin b Ithnin at 3:47 PM 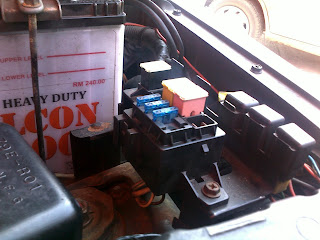 Di sebuah negeri
Posted by Hamirdin b Ithnin at 8:55 AM