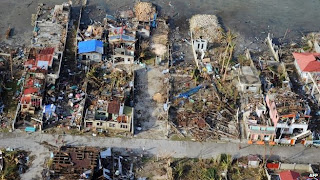 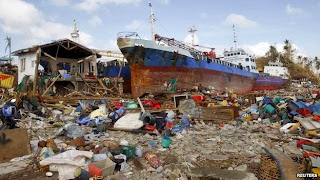 Typhoon Haiyan - one of the most powerful storms on record to make landfall - swept through six central Philippine islands on Friday.
It brought sustained winds of 235km/h (147mph), with gusts of 275 km/h (170 mph), with waves as high as 15m (45ft), bringing up to 400mm (15.75 inches) of rain in places.
"The world has not seen a storm like this before," said Senen Mangalile, the Philippines Consul General to the UK.

Officials estimate up to 10,000 people have died in Tacloban city and hundreds elsewhere. Hundreds of thousands of people are displaced.