Mariam Mokhtar is an FMT columnist

Tashny Sukumaran | April 21, 2011
Unable to work and too old to apply for housing loans, they're among 41 families of Kampung Muniandy facing eviction.

KUALA LUMPUR: M Veeriah, a 60-year-old disabled man and his partially blind wife Tamilselvi, 59, will be homeless and destitute if the Selangor state government has its way.
Their home of 30 years in Kampung Muniandy PJS1 has been earmarked for demolishment on April 25 to make way for a school project.
In desperation, the couple turned up at the Human Rights Party headquarters in Bangsar to seek help and assistance.
S Jayathas, HRP’s information chief, took up the couple’s cause and this morning handed a memorandum addressed to Selangor Menteri Besar Khalid Ibrahim to halt the destruction of the couple’s home.
The memorandum was handed over to an official at the Parliament, to be delivered to Khalid later.
Jayathas pointed out that as the couple were unable to work and too old to apply for loans, they had nowhere else to go and the demolition would leave them without shelter.
He said that the Selangor government was “morally obliged” to provide alternative housing for free to settlers above the age of 50.
“The state government should at the very least provide them with rent-free homes throughout their lifetime,” said Jayathas.
Notice to move before April 25

He urged the state government to provide a written guarantee to these “underprivileged, victimised Indian settlers” to ensure that they would be sheltered.

The demolition notice requested that the residents move out before April 25.
Kampung Muniandy currently houses 41 Indian families, all of whom have been served eviction notices.
The project developer of Kampung Muniandy had in fact promised to build low cost houses for the initial group of 276 families seven years ago.
Of these, 235 have been shifted to low-cost housing scheme in Lembah Subang but 41 remained despite having signed Sale and Purchase agreements.
All of them paid deposits of up to RM4,000 for these homes costing between RM35,000 and RM42,000.
“The settlers have been waiting for the past seven years for their S&Ps by the developer to be honoured,” said Jayathas 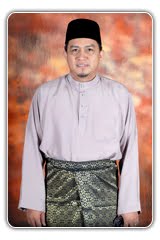