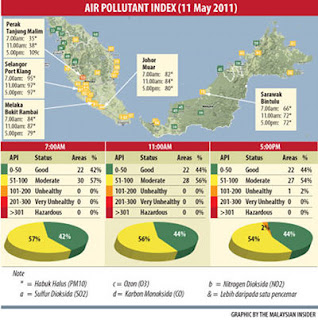 I LUS NO SOLIP GEK

Obama kata I lose no sleep over Osama's death

Zefry Dahalan | May 9, 2011
Anuar Hashim decides to throw his lot behind PAS, saying Umno has strayed from its orginal struggle and indulging in slanderous politics

JELEBU: Negeri Sembilan state exco Yunus Rahmat’s personal assistant Anuar Hashim has quit Umno saying that he is fed up of the party’s ‘slanderous politics’.
An Umno stalwart for 35 years, Anuar, the personal assistant to the state agricultural, entrepreneur development and cooperative exco has decided to throw in his lot behind PAS.
He declared this at a press conference arranged by Jelebu PAS chief Kateran Marman over the weekend. Anuar said Umno has strayed from its original struggle and was abusing Islamic principles and teachings.
“Umno is indulging in slanderous politics and the actions of the party at the moment is not aligned with Islamic teachings.
“There are bigger and pressing issues that need to be addressed, like lack of job opportunities for graduates. Intead it’s abusing its power with slanderous politics.
“I decided to join PAS as it has been consistent in its struggle based on Islamic values and principles,” said Anuar.
“I have seven children who are all graduates, yet none of them are able to secure a government job.”

On another matter, Anuar, who has served Felda or the Federal Land Development Authority for 23 years as an administrator, also criticised Umno for mismanagement of the scheme.
“When former Prime Minister Tun Abdul Razak launched the Felda scheme, it was to help the poor manage their own land and improve their lot.
“Now because of mismanagement by Umno-BN, the poor settlers are not fully benifitting from the scheme introduced by Razak,” said Anuar.
Felda’s cash reserve was around RM4.5 billion in 2004, but the amount has since declined to RM200 million.
Anuar pledged to convince many of his Umno colleagues to join PAS and work to help Jelebu PAS put up a good showing in the impending 13th general election.
State PAS commissioner Zulkefly Mohamad Omar welcomed Anuar into PAS, saying it will be a morale booster for the party in Jelebu, one of Umno’s fortresses in Negeri Sembilan.
Posted by Hamirdin b Ithnin at 2:39 PM