Selangor PAS may be Pakatan's saviour

KUALA LUMPUR: In Pakatan Rakyat Selangor, PAS appears to be the strongest pillar holding up the loose alliance. It is seen as a better bet than PKR to attract Malay voters and keep the state from falling into the clutches of the Barisan Nasional. With PKR in disarray, PAS has emerged as soild as a rock with members swearing unwavering loyalty to the party leadership. They remain steadfast in their commitment and determination to defeat the BN in the next encounter. They cannot be swayed by “sweet talks” or “offers of bribes”.

In Selangor, PAS is putting down firms roots as it works assiduously on its Islamic agenda without jeopardising its ties with the non-Muslims.

The leadership tussle in the state does not seem to bother its members who consider it as mere “ripples” normal in any party.

However, the one issue that still rankles them is any talk of co-operation with Umno. State party chief Hassan Ali had attempted to walk down this tempting path after Pakatan captured the state in the 2008 general election.

Sources said Hassan had met Umno federal leaders to work out “an alliance” but it fizzled out when party stalwart and Shah Alam MP, Khalid Samad, got wind of it.

Hassan, an intellectual and religious man, is a nationalist who sees nothing wrong cooperating with Umno for the sake of Malay unity. It was said that his motivational business grew under the patronage of Umno in the 90s.

He joined PAS with a broader perspective in mind -- as a nationalist, he wants to see the Malays grow in economic stature and their spiritual development enhanced.

Khalid, on the other hand, is a fundamentalist fighting for the Islamic cause and he had even been detained under the Internal Security Act in the late 80s for the very same reason.

However, Khalid is closely linked to PKR de facto chief Anwar Ibrahim as both had been student activists as well as partners in the Islamic Youth Movement (Abim).

His close association with Anwar has put him in the camp of the liberals, who are seen as eager to take over the reins of the party.

The row between Hassan and Khalid is not centred on who wants to lead the party in the state but on the broader issue of the party's struggle -- Hassan wants Malays to enjoy better protection under government policies while Khalid is keen to nurture closer rapport with PKR.

Moreover, Khalid and other PAS leaders such as Husam Musa in Kelantan are seen as Anwar’s men whereas Hassan, though a close friend of Anwar at one time, is closer to former Selangor strongman Muhammad Muhammad Taib.

While Hassan and Khalid are fighting their personal war, PAS members and supporters in the state are coolly going about with their campaigns and ceramah in mosques and suraus.

With the formation of a non-Muslim wing in June, the party can be counted upon to deliver the votes and keep the body and soul of Pakatan together.
Posted by Hamirdin b Ithnin at 3:34 PM 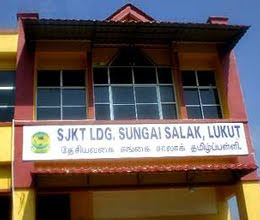