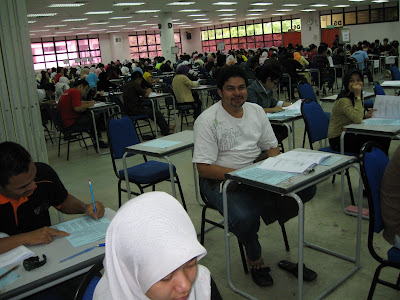 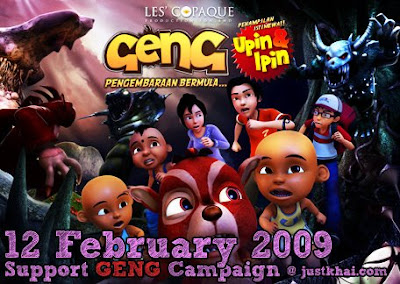 The movie ended up taking in RM6.31 million at the end of its run in March, coming within a whisker of all-time champion “Lagi Lagi Senario” which grossed RM6.33 million in 2001.

Merchandise sales of the movie characters have been brisk and, as a sign of its popularity, have also been pirated and are being sold in pasar malams and even hypermarkets.

When met at their modest but comfortable corner shoplot studio in Shah Alam, the boys — Mohd Nizam Abd Razak, Mohd Safwan Abd Karim and Muhammad Usamah Zaid, all just 26 years of age and casually dressed — made it clear that with their next movie, they intend to see the record for the local movie box office not only fall but smashed — by opening the sequel to the family-oriented “Geng” during the school holidays in 2010 instead of outside it like with their first film.

They are feeling confident that the sequel could take in as much as RM12 million.

“Geng”, however, may well set the record for overall box office for a Malaysian movie as it is slated to open in Indonesia in September and India and Brunei some time later.

Their partner in India plans to dub the Malay-language feature into Tamil and Hindi, and has put out a conservative forecast of US$4 million (RM14.3 million) in box-office takings, although it could be several times that.

The trio also found themselves with a hit TV series on their very first try — “Upin & Ipin” — now in its second season on TV9 and the second-highest-rated cartoon series on television with an estimated 1.5 million viewers. That puts it ahead of “SpongeBob” (800,000 viewers) and behind only “Doraemon” (1.6 million viewers). It is also being shown in Indonesia.

Such commercial success was far from certain when the three film and animation coursemates and friends from Multimedia University (MMU) formed Les' Copaque Production Sdn Bhd together with a husband-and-wife investor in December 2005.

While it now appears they have something of the Pixar touch in that everything they have worked on has been a hit, although on a much smaller scale than the US-based studio behind “Finding Nemo” and “Toy Story”, the reality is that it involved hard work and a great deal of risk as some RM4 million was poured into making “Geng”.

To make ends meet, they had to do unrelated projects like video montages for golf club openings and television advertisements.

"Imagine if ‘Geng’ was not a hit, we would have had to close down," says Nizam, the more vocal of the three filmmakers and the trio's natural frontman.

A DISCOURSE IN ISLAMIC STATE part 47

The notion of Islamic State has generated much discussions and deliberations. Some view it with applause (Mandili, 1959; Maududi, 1959; A. Hadi Awang, 1984); others with resentment (Bakry, 1984) and yet there are some who look at it with contempt (Jansen, 1979). It caught world attention with the advent of highly imposing events which unquestionably set the course of the world.

Events such as the collapse of the Ottoman Empire in 1924, the independence of a number of colonized Muslim territories after the Second World War leading to the formation of Muslim nation-states, the Iranian Revolution of 1979, the defeat of Russia in Afghanistan in 1989, the collapse of socialisme in Eastern Europe in late 1980s and early 1990s, the Gulf War 1991 and Baker's so called new world order (1991).

States and Nation-States
A government is a body which is in charge of the direction and self-direction of a large community of people. A state is the organized machinery for the making and carrying out political decisions and the enforcing of the laws and rules of the government (Deutsch, op. cit. pp. 109).

If a people tries to acquire enforcement capabilities in order to police the compliance habits of its members, it becomes politicized. Such politicized people is often called nationalities. If some members of these people control a sovereign state - that is a state that recognizes no higher decision-making power outside itself in the secular definition, we speak of nation or nation-state.

Many Muslim countries today are Muslim nation-states (Siddique, op.cit.). Iran is an Islamic nation-state to date.

The Malaysian Insider in its report “New media rules for May 7 Perak assembly”, reported that only 13 media organisations will be allowed to cover the Perak State Legislative Assembly when it is held on May 7.

A media notice was sent out by the state Information Department to several media companies yesterday informing them of the tightened security measures.

The notice stated that only 13 media groups in the list would be allowed to cover the entire duration of the assembly from May 7 to 13.

The notice also limited the number of media workers to two people from each organisation: one reporter and the other a photographer.

The only exceptions made were to state-owned television stations RTM, BernamaTV and Umno-linked private station TV3, which are allowed to send in three people each. 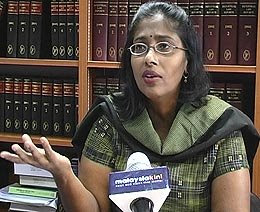 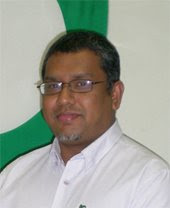 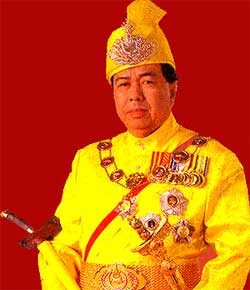 Apa yang rakyat nak lagi?
Posted by Hamirdin b Ithnin at 8:52 AM

PUTRAJAYA, April 28 – Perak Menteri Besar Datuk Seri Zambry Abdul Kadir today failed to get a fast-track hearing at the Federal Court, which allowed an objection raised by his ousted rival Datuk Seri Mohammad Nizar Jamaluddin and sent the case back to the Kuala Lumpur High Court. 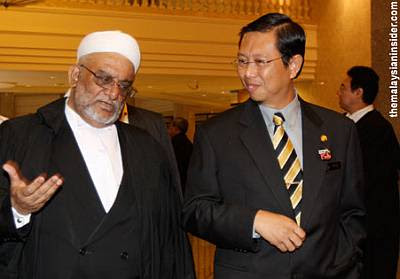 The panel of five judges led by Tan Sri Alauddin Mohd Sheriff noted “there exists disputes of facts yet to be determined by the High Court” when rejecting Zambry’s application to interpret several Constitutional questions.

The judge said the issue would have to be determined by the High Court, adding that Zambry’s application was dismissed based on the preliminary objection but not on merits. Malaysian Insider

There is an awful lot of wrath down here. On the new floodgate opened by Nik Abduh.
Posted by Hamirdin b Ithnin at 7:56 AM