"O Allah, I seek a good entry and a good exit. We take Allah's name to enter and to exit and rely on Him who is our Lord.

After this dua greet the members of the household.

(Mishkat, Chapter on food)
Posted by Hamirdin b Ithnin at 6:44 PM 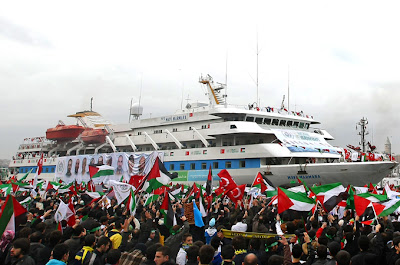 It is dismaying that during this dark anniversary period two years after the launch of the deadly attacks on the people of Gaza - code-named Operation Cast Lead by the Israelis - that there should be warnings of a new massive attack on the beleaguered people of Gaza.

The influential Israeli journalist, Ron Ren-Yishai, writes on December 29, 2010, of the likely prospect of a new major IDF attack, quoting senior Israeli military officers as saying "It's not a question of if, but rather of when," a view that that is shared, according to Ren-Yishai, by "government ministers, Knesset members and municipal heads in the Gaza region".

The bloody-minded Israeli Chief of Staff, Lt. General Gabi Ashkenazi, reinforces this expectation by his recent assertion that, "as long as Gilad Shalit is still in captivity, the mission is not complete". He adds with unconscious irony, "we have not lost our right of self-defence".

More accurate would be the assertion, "we have not given up our right to wage aggressive war or to commit crimes against humanity".

And what of the more than 10,000 Palestinians, including children under the age of 10, being held in Israeli prisons throughout occupied Palestine?

Against this background, the escalation of violence along the Gaza/Israel border should set off alarm bells around the world and at the United Nations.

Israel in recent days has been launching severe air strikes against targets within the Gaza Strip, including near the civilian-crowded refugee camp of Khan Younis, killing several Palestinians and wounding others.

Supposedly, these attacks are in retaliation for nine mortar shells that fell on open territory, causing neither damage nor injury. Israel also had been using lethal force against children from Gaza, who were collecting gravel from the buffer zone for the repair of their homes.

As usual, the Israeli security pretext lacks credibility. As if ever there was an occasion for firing warning shots in the air, it was here, especially as the border has been essentially quiet in the last couple of years, and what occasional harmless rockets or mortar shells have been fired, has taken place in defiance of the Hamas effort to prevent providing Israel with any grounds for the use of force.

Revealingly, in typical distortion, the Gaza situation is portrayed by Ashkenazi as presenting a pre-war scenario: "We will not allow a situation in which they fire rockets at our citizens and towns from 'safe havens' amid [their] civilians."

With Orwellian precision, the reality is quite the reverse: Israel from its safe haven continuously attacks with an intent to kill a defenceless, entrapped Gazan civilian population.

Perhaps, worse in some respects than this Israeli war-mongering, is the stunning silence of the governments of the world, and of the United Nations.

World public opinion was briefly shocked by the spectacle of a one-sided war that marked Operation Cast Lead as a massive crime against humanity, but it has taken no notice of this recent unspeakable escalation of threats and provocations seemingly designed to set the stage for a new Israeli attack on the hapless Gazan population.

This silence in the face of the accumulating evidence that Israel plans to launch Operation Cast Lead 2 is a devastating form of criminal complicity at the highest governmental levels, especially on the part of countries that have been closely aligned with Israel, and also exhibits the moral bankruptcy of the United Nations system.

It might be well to recall the words of one anonymous Gazan that were uttered in reaction to the attacks of two years ago: "While Israeli armed forces were bombing my neighbourhood, the UN, the EU, and the Arab League and the international community remained silent in the face of atrocities. Hundreds of corpses of children and women failed to convince them to intervene."

International liberal public opinion enthuses about the new global norm of 'responsibility to protect,' but not a hint that if such an idea is to have any credibility it should be applied to Gaza with a sense of urgency where the population has been living under a cruel blockade for more than three years and is now facing new grave dangers.

And even after the commission of the atrocities of 2008-09 have been authenticated over and over by the Goldstone Report, by an exhaustive report issued by the Arab League, by Amnesty International and Human Rights Watch, there is no expectation of Israeli accountability, and the United States effectively uses its diplomatic muscle to bury the issue, encouraging forgetfulness in collaboration with the media.

It is only civil society that has offered responses appropriate to the moral, legal, and political situation. Whether these responses can achieve their goals, only the future will tell.

The Free Gaza Movement and the Freedom Flotilla have challenged the blockade more effectively than the UN or governments, leading Israel to retreat, at least rhetorically, claiming to lift the blockade with respect to the entry of humanitarian goods and reconstruction materials.

Of course, the behavioural truth contradicts the Israeli rhetoric: sufficient supplies of basic necessities are still not being allowed to enter Gaza; the water and sewage systems are seriously crippled; there is not enough fuel available to maintain adequate electric power; and the damage from Operation Cast Lead remains, causing a desperate housing crisis (more than 100,000 units are needed just to move people from tents).

Also, most students are not allowed to leave Gaza to take advantage of foreign educational opportunities, and the population lives in a locked-in space that is constantly being threatened with violence, night and day.

This portrayal of Gaza is hardly a welcoming prospect for the year 2011. At the same time the spirit of the people living in Gaza should not be underestimated.

I have met Gazans, especially young people, who could be weighed down by the suffering their lives have brought them and their families since their birth, and yet they possess a positive sense of life and its potential, and make every use of any opportunity that comes their way, minimising their problems and expressing warmth toward more fortunate others and enthusiasm about their hopes for their future.

I have found such contact inspirational, and it strengthen my resolve and sense of responsibility: these proud people must be liberated from the oppressive circumstances that constantly imprisons, threatens, impoverishes, sickens, traumatises, maims, kills.

Until this happens, none of us should sleep too comfortably!

Richard Falk is Albert G. Milbank Professor Emeritus of International Law at Princeton University and Visiting Distinguished Professor in Global and International Studies at the University of California, Santa Barbara. He has authored and edited numerous publications spanning a period of five decades, most recently editing the volume International Law and the Third World: Reshaping Justice (Routledge, 2008).

He is currently serving his third year of a six year term as a United Nations Special Rapporteur on Palestinian human rights.
Posted by Hamirdin b Ithnin at 11:51 PM 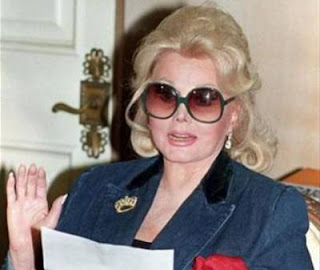 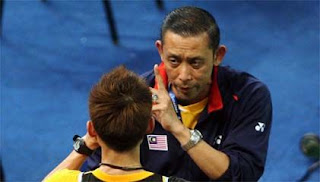