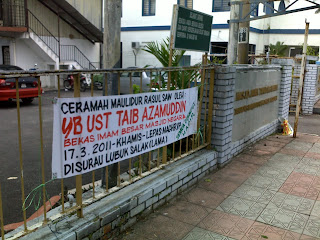 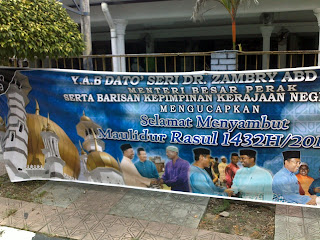 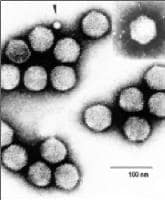 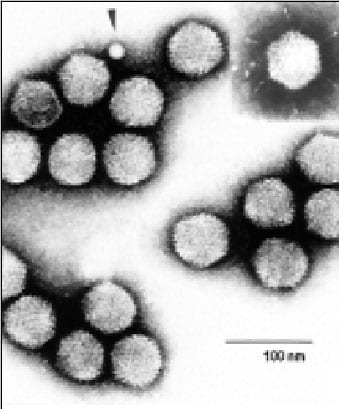 A virus image from the International Committee on Taxonomy of Viruses, in The Big Picture Book of Viruses, available at http://www.virology.net/Big_Virology/BVDNAadeno.html.

An extremely hardy virus, adenovirus is ubiquitous in human and animal populations, survives long periods outside a host, and is endemic throughout the year. Possessing 52 serotypes, adenovirus is recognized as the etiologic agent of various diverse syndromes. It is transmitted via direct inoculation to the conjunctiva, a fecal-oral route, aerosolized droplets, or exposure to infected tissue or blood.
The virus is capable of infecting multiple organ systems; however, most infections are asymptomatic. Adenovirus is often cultured from the pharynx and stool of asymptomatic children, and most adults have measurable titers of anti-adenovirus antibodies, implying prior infection. Adenovirus is known to be oncogenic in rodents but not in humans.
Adenovirus has been associated with both sporadic and epidemic disease and, with regard to infections among military recruits, is a significant cause of economic cost and morbidity because of the cessation of vaccine production in 1996.
Of most recent interest is the role of adenoviruses as vectors in vaccination and in gene therapy.1,2,3 Adenoviruses can infect various cells, both proliferating and quiescent, and thus hold the promise of targeting many different tissues and diseased cell lines.
The genome of adenovirus is well known and can be modified with relative ease to induce lysis or cytotoxicity of a specified cell line without affecting others.
The virus itself can be engineered to remove its replicative capacity by removing essential genes. Additionally, specific genes can be inserted into the virus that then can repair defective metabolic, enzymatic, or synthetic pathways in the host. Suicide gene systems that convert nontoxic systemically delivered prodrugs to active chemotherapeutic agents have been delivered via adenoviral vectors directly into cancer cells. However, the greatest challenge in viral gene therapy, as might be expected, is the immune response to the viral vector itself.
Adenovirus urinary tract infections are more common in males. The prevalence of other syndromes does not appear to be affected by the sex of the individual.
Posted by Hamirdin b Ithnin at 12:12 PM

MASJID AL HARAM.... MAY BE YOU WANT TO COPY & PASTE 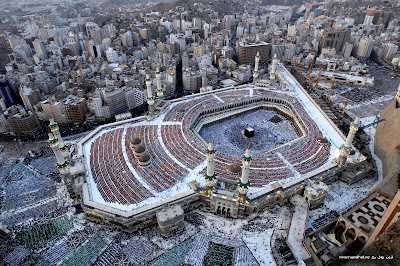 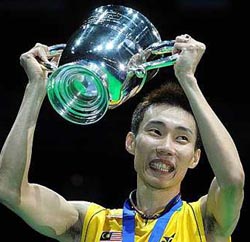 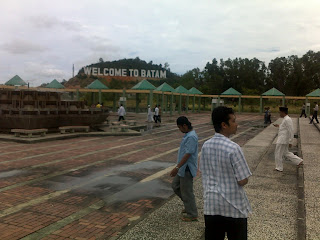 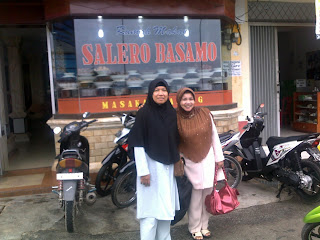 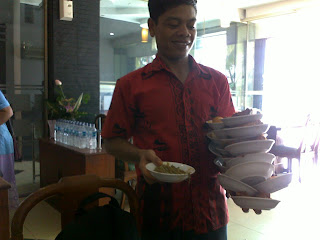 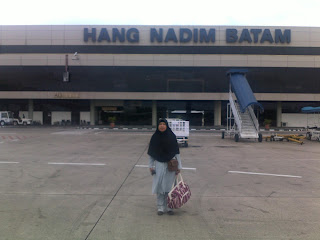