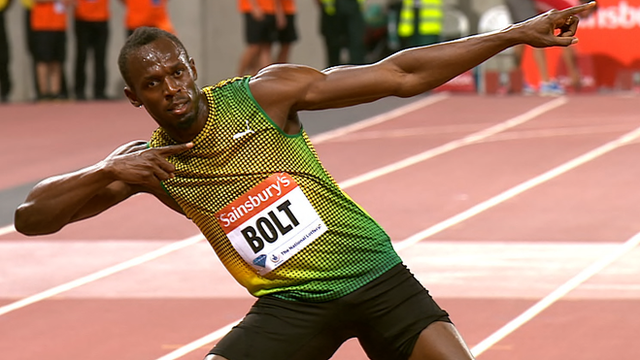 Six-time Olympic champion Usain Bolt produced a season's best to win the 100m on his return to the Olympic Stadium for the Anniversary Games.

A year on from the London 2012 opening ceremony, Bolt paid his own homage to last year's Olympics by clinching the blue riband event in 9.85 seconds.

Before a sell-out crowd, the Jamaican ran nine hundredths of a second quicker than he had previously done this year.

Britain's James Dasaolu pulled out injured before the race.

Bolt got off to a lacklustre start, but the Olympic champion overpowered his rivals in the closing stages to dip across the line three hundredths of a second ahead of America's Michael Rodgers in second.

Jamaica's Nesta Carter was third in 9.99 while Dwain Chambers, the only Briton remaining in the race following Dasaolu's withdrawal, was fifth in 10.10.

Posted by Hamirdin b Ithnin at 5:51 PM Links to this post

Selamat berpuasa semua.....
Posted by Hamirdin b Ithnin at 9:36 AM Links to this post