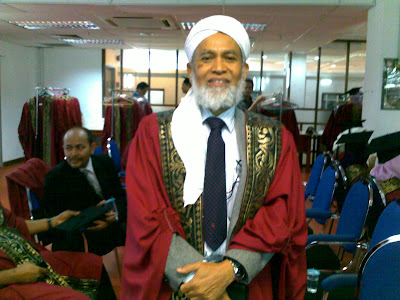 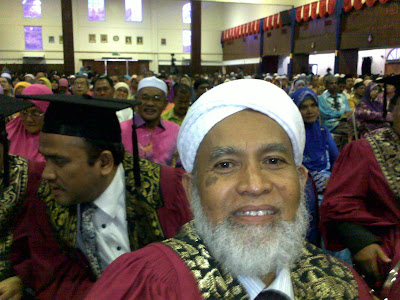 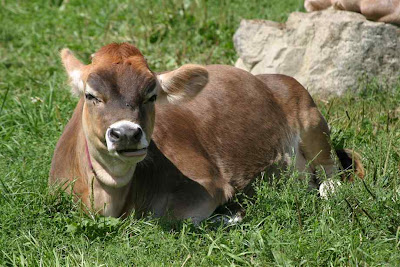 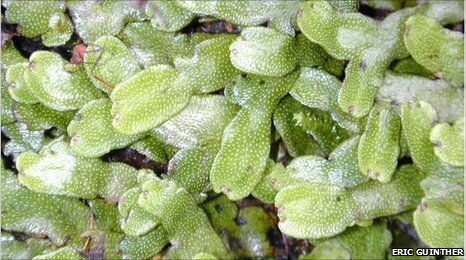 Modern liverworts are probably common ancestors of all land plants

The earliest plants to have colonised land have been found in Argentina.

The discovery puts back by 10 million years the colonisation of land by plants, and suggests that a diversity of land plants had evolved by 472 million years ago.

The newly found plants are liverworts, very simple plants that lack stems or roots, scientists report in the journal the New Phytologist.

That confirms liverworts are likely to be the ancestors of all land plants.

The appearance of plants that live on land is among the most important evolutionary breakthroughs in Earth's history.

Land plants changed climates around the globe, altered soils and allowed all other multi-cellular life to evolve and invade almost all of the continental land masses.

The cryptospores are the oldest land plant fossils yet found

The discovery of the oldest known land plants was made by a team of researchers led by Claudia Rubinstein of the Department of Palaeontology at the Argentine Institute of Snow, Ice and Environmental Research in Mendoza, Argentina.

She and her collected samples of sediment from the Rio Capillas, in the Sierras Subandinas in the Central Andean Basin of northwest Argentina.

They then processed the sediment samples by dissolving them in strong acids, taking great care to avoid contamination.

In the sediment the team found hardy fossilised spores from five different types of liverwort, a primitive type of plant thought to have evolved from freshwater multi-cellular green algae.

"Spores of liverworts are very simple and are called cryptospores," Dr Rubinstein told the BBC.

"The cryptospores that we describe are the earliest to date."

These spores, dating from between 473 and 471 million years ago, come from plants belonging to five different genera - groups of species.

"That shows plants had already begun to diversify, meaning they must have colonised land earlier than our dated samples," said Dr Rubinstein, who made the discovery with scientists at the National University of Cordoba, Argentina and the University of Liege, Belgium.

The previous record holder of the earliest known land plants were small liverwort cryptospores found in Saudi Arabia and the Czech Republic.

All land plants produce spores or pollen in vast numbers.

These spores are enclosed in a thick protective wall that is incredibly resistant, meaning they fossilise well.

Whole plants fossilise less easily, explaining why the earliest "megafossils" of whole plants are much younger.

Cryptospores are just like modern plant spores, except for an unusual structural arrangement.

The discovery of spores from the oldest liverworts came as shock to the researchers.

"The surprise was so great that I asked my colleague Philippe Steemans to process the same sediment samples.

"He found exactly the same cryptospore assemblages, which demonstrated that the presence of the cryptospores in my samples was not due to a contamination," said Dr Rubinstein.

The cryptospores from Argentina hint at where land plants originated.

"It most probably happened on Gondwana, as already demonstrated by previous discoveries, but very far, at least 5000km, from the Saudi Arabian and the Czech Republic, where previous earliest traces of land plants were found," said Dr Rubinstein.

As land plants matured, they evolved from liverworts into mosses, and then into plants known as hornworts and lycopods.

Then ferns appeared before seed plants, of which there are many species today, finally evolved.