TO THE OBLIVIOUS AND NAIVE MUSLIM, THE SUNNAH IS A JOKE 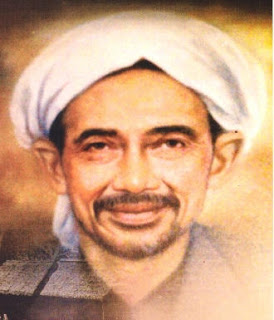 FOR a long time I thought that no one was exempted from wearing a helmet while riding a motorcycle except the Sikhs due to a religious obligation. If the news item on a court case in Kota Baru was correct, then I've got it wrong.
In this case madrasah student Ahmad Nasir Darus disagreed with the court and insisted that he qualified to be called a lebai and thus should not have been charged with the offence. The report said others exempted from the law are those who have performed their pilgrimage in Mecca. That left me stunned.

In the first place how do you define a lebai? Secondly, it is not obligatory for a haji to wear a serban. It is just another headwear, more cultural, similar to what the tarbush means to a Moroccan or a skull-cap to many Muslims in Malaysia and Indonesia especially when going for prayers.

I remember a few years ago when some Muslims argued that the serban they wore was good enough to protect their head in case of an accident while riding a motorcycle. That was a most laughable and preposterous claim. I wonder who decided when to bend backwards to give the exemption to the lebais, hajis and hajjahs.

The serban story is just like the songkok. It's not a Muslim headwear but rather a nusantara one, worn by Malaysians as an official national headwear, by Bruneians and Indonesians of every religious preference, including the satay seller who could be peddling his satay babi in the neighbourhood. If the Moroccans have their tarbush then the Saudis and the Kuwaitis have their kaffiyah.

In actual fact Islam is very simple and straight-forward but somehow the believers in Malaysia tend to confuse things a bit, so much so that what is a culture to the Malays is confused with something required by religion. Just like the robe worn by our imams and other appointed Islamic officials to adhere to protocol. How I wish that one day they would all be wearing something Malay instead of something more at home in the Arab world.

A serban good enough to prevent serious injuries to the head in the event of an accident? Definitely not a new one but my foot, what a joke.